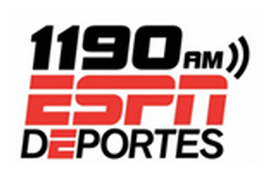 The station was surprisingly heard in mid October together with the powerhouse WLIB on the freqcuency. ESPN Deportes but with spanish call-ID "WAMT Once noventa" on top of the hour.  The station is located in the outskirts of Orlando in Orange County, and as my veriesigner Jerry Smith writes, the two tower array located in a very very wet swampy area south of Orlando. The station has only 230W at nights but as Jerry told me they were at full daytime power of 4,7kW non-directional due to a remote control failure at the transmitter site.
Upplagd av BIH Bernt-Ivan Holmberg kl. 06:58