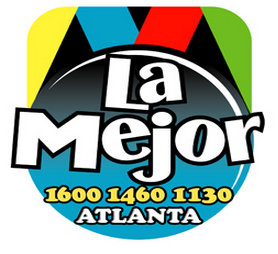 A few times this season I have seen information about WAOS being on daytime power thru the night. The 15th and 16th of January must have been such nights as I catched them thru the powerhouse WUNR on 1600kHz. Many "La Mejor" between the mexican songs and a TOH ID was heard as "WAOS Austell Atlanta - WXEM Buford - WLBA Gainesville , La Mejor .....Radio Network".  When looking for them ,  be aware that also WUNR have mexican programs where they announces as "Radio Mexico".
WAOS is serving the latino comunity of Atlanta since 22 years. The city is known for brands as The Coca Cola Company and Ted Turners CNN. The city of licence, Austell, with about 5000 citizens  lies 10 miles west of Atlanta near the huge theme park Six flags over Georgia.
My v/s was this beutiful girl, Karina "La prima" Godinez

I also found this presentation of the station: