As I have wrote about earlier,  was the 12th of Dec 2010 a extraordinary evening with many audible daytimer signals. On 760 khz I´ve heard french religious programmes earlier suspecting the Champlain station but never got a positive ID. This evening at 21UTC I had them again, now with quite strong signal altough the QRM from nearby europeans was intensive. At 21.14 the program ended and the closedown procedure  started and "..WCHP Champlain  operates on a assigned frequency of 760 kHz..." was perceived  and a few more IDs.
The vicinity to Quebec and the direction of their antenna pattern indicates the market they´re aiming at are both Montréal and Quebéc City.
Champlain is a border town with about 5700 inhabitants in the northeastern part of the state, along the Interstate 87. Named after the Lake Champlain which forms the border with Virginia State.
As I didn´t receive any reactions on my former reception report I tried a f/up yesterday. A few hours later Teri Billiter, General Mgr wrote back confirming my reception. He also heard from "listeners" in Denmark,Norway and Germany last year. 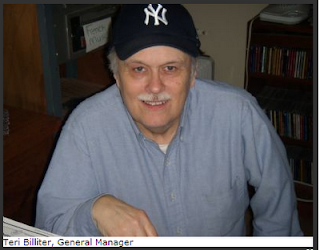