Nice letter from G.M. Bruce Welker today verified my reception report from November 9th 2009.  Bruce writes he understand our hobby and the excitement of receiving stations around the world as his father was a DXer when he was young. With their 5kW they cover  northwestern part of North Dakota some parts of Montana and Canada from Williston. Serves the listeners with news,farm and ranch reports and market information, all mixed up  with beutiful Country and Western music.

The 25th of January this year I had a pipeline of signals from Virginia. First I noticed WHKT -1650 with almost Q5 signals, on 1370 the pearl WSHV South Hill came thru with its slogan "Soul of the Southside". After a hint from my friend Torolf Johnsson I then found on 1140 " Your news weather and ...station, this is 50 000 watts...WRVA Richmond" A long sought-after station finally captured!
The station has a long history and was the city´s first radiostation back in 1925. Richmond, the capital of the Commonwealth of Virginia with a population 1.2 million is situated at James River which forms in the Appalachian Mountains.
The station is not an easy catch, due to CBI and WQBA that often occupies the QRG.
V/s Ruth Stoutermire
Upplagd av BIH Bernt-Ivan Holmberg kl. 13:49 Inga kommentarer: 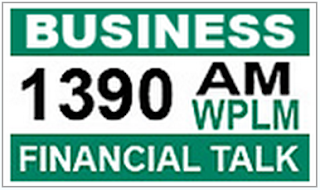 One early night in the end of August I heard a different voice on the frequency. I stopped scanning around  when Delilah  presented a love song and gave ID for the station as "WPLM and WPLM-FM". Sometimes they use their  slogan "Easy 99.1"  also here on 1390 when not carrying their usual business format Money Matters radio.
Located in Plymouth on the Atlantic coast come 45miles south of Boston and as my v/s Alan W.Anderson, G.M. writes: "The Pilgrims landed here in 1620, and we now proudly boast being America´s hometown" !

In the evening  12th of December 2010 the MW band opened up early enough  for Daytimer hunting.  On 1520 kHz there was a  NOS station instead of the usual  Buffalo powerhouse,WWKB. After a few minutes the c/d  procedure started with some nice ID´s and promo for upcoming programs.
Greenfield is located in  Pioneer Valley at  the northeastern part of the state between  Connecticut river and the Berkshire foothills. Has about 18000 residents and is known for its picturesque  and vibrant downtown. The town is living up to its "green" name  by construction of a giant 2.0MW solar farm  this summer. It will supply half of the city-owned facilities with electricity.
V/s Daniel J.Ferriera Jr., Chief Engineer 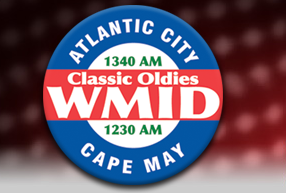 The station has been heard a few times this season already, first the 25th of august when I caught a Top of the hour ID as "WCMC Wildwood"  and two days later with " ..Jesrey shore...broadcasting from .....the capital of America  and now from Cape May  town on AM 12-30 - Oldies 12-30 WMID"  The reason is that they simulcast with the sisterstation WMID -1340.
Wildwood/ Cape May is located on the southernmost tip of New Jersey with the Delaware bay to the west  and the Atlantic Ocean  to the east. The area is famous for their seaside resorts  and should also be a terrific place for DXing the european MW band
V/s  Gary Fisher, GM