In october last year I was very surprised one morning when a Gospel station took over the QRG and IDed as "we are Mobiles...13-60 WMOB Mobile"
The stations antenna pattern had been twisted due to two large industrial buildings that were built in the vincinity and weakened their signal. Fortunately for us DXers, but the owner Buddy Tucker shortly became irritated by all reception reports and decided to stop the QSLing.
Some time ago I got  an answer from Jackie Harrell at the station who verified that it was Buddy himself  on my recording I had enclosed.
My 46th State verified!
Mobile is located on the gulfcoast of US  and is the third  most populous city in Alabama with its 200 000 habitants.   The town is the birthplace of Marti Gras and has the oldest celibration, dating to the early 18th century  during the French colonial period 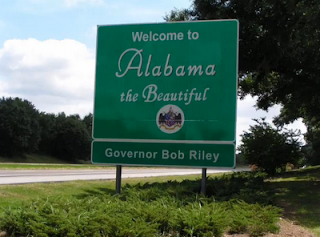 WUNO  became an easy catch when NRK closed  erlier this year, often heard in early mornings with its Contacto NotiUno programs.  With  5kW and located on the northern coast the signals has no problems traveling to Sweden.
Luis A.Soto, Presidente, answered my reception report with a nice and informative letter.
Upplagd av BIH Bernt-Ivan Holmberg kl. 11:51 Inga kommentarer:

a fairly regular guest on the frequency here in Möklinta in autumn when the propagation favors Florida. Have tried several times to get answers, but today Loretta Anaya, Vice President/ Stn Mgr verified my reception with a short email. 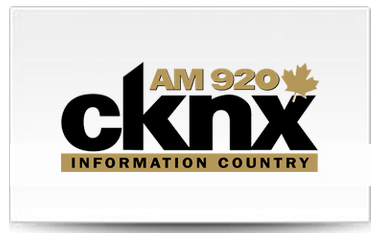 The station is  quite regular when the cx turns towards the great lakes. Situated between Lake Huron and Lake Eire the town  can have quite treacherous winter conditions with blizzards and very low temperatures.
The area offers excellent fishing, golfing, hiking trails skiing and of course snowmobiling.
The station started as early as 1926  , owned by Blackburn Radio Inc. who also owns CHOK-1070 and ten other FM stations around southern Ontario.
V/s Rob Enders , Dir of Engineering

600kHz is a frequency usually  occupied by CBC´s outlet in  St Anthony NL. But in the morning of 9th of November 2009, yes the same date as KEYZ-660 was heard, there was a C&W station going  up and down thru the noisefloor. At last there was a break in the music and call ID for "KSJB Jamestown North Dakota" was heard.  Op Mgr/Program Dir Jarrett Stevens  verifies my reception report. He also do the morningshow at the FM outlet KISS 99.3.
Jamestown -"The Buffalo City" in southeastern part of the state has about 15000 habitants and is the home for world´s biggest Buffalo statue. Agriculture is the main industry.
Alf Clausen was raised here, the composer of many episodes  of "The Simpsons" and movies like Moonlightning and Naked Gun.