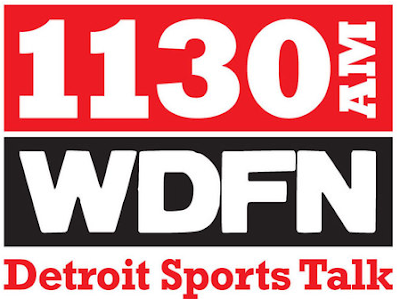 A frequency that 99 times of 100 are occupied by WBBR in my QTH.  At last I had luck the 6th of January 2011 when WBBR faded enough to let a top of the hour ID slide thru as "WDFN -WDFN Detroit - The Fan"
Detroit - The Motor City , is also the birthplace for Motown Records.
As WDFN is a sports station my veriesigner Michael McCoy writes in his letter: "I have 3 girls as well ages 11, 8 and 4…. I am teaching them to appreciate your country’s contribution to our hockey team. We used to have the Russian 5, now it’s all about the Swedes:

Nick Lidstrom
Henrik Zetterberg
John Franzen
Tomas Holmstrum
Janathan Ericcson
Fabian Brunnstrom
Niklas Kronwall
Not to mention Jonas Jerebko from the Pistons!"
He also thinks its very cool that I caught their signals in Sweden when he have a problem getting the signals 25 miles away in his home...
Upplagd av BIH Bernt-Ivan Holmberg kl. 03:13