After trying many times I succeeded at last to hear this station the 24th of October 2011. The station was suddenly  loud and clear  with " escuche te XECTL Radio Chetumal con 10 000 watts de potencia efectiva transmitiendo de la capital del estado del frontera caribe de..." a few minutes and then suddenly faded away.
I´ve only heard them once more a few weeks later so its a exotic catch  for me.
The station is situated just north of the Belize border, in the the Mexican Quintana Roo  state. It was founded in 1985 and serving regions in both countries
v/s José Leonardo Cámara Ramírez kindly confirmed my reception a few days ago. 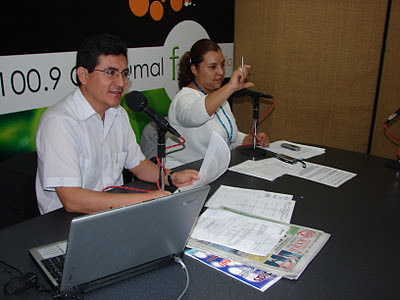