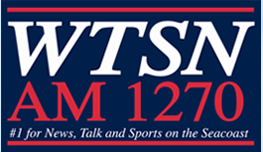 The 24th of October 2011 was a exciting day with many signals especially from Florida but also the whole eastern coast up to the Canadian border. Only Delaware was missing from the costal states that was heard this night.
The station peaked at 07UT  with a nice ID as "wtsnam1270.com - Number One for News, Talk and Sports"
Dover is a city with population of  30 000 , nicknamed as "The Garrison City". A Garrison is style of house, typically two stories with the second-story overhanging in the front. Perhaps a legacy of the Swedish settlers as the same types of houses but smaller can be found in Dalarna and Varmland,Sweden?
My v/s Susan Demers Weigold replied after a f/up this week.
Upplagd av BIH Bernt-Ivan Holmberg kl. 08:24